Are transition periods supposed to feel so long?

The summer of 2018 I experienced two life-changing events: I travelled out of the country for the first time ever when I studied abroad in Seoul and a relationship I thought would be forever ended not so gracefully. It is approaching 2 years since these events took place and as I’m preparing for the next stage of my life, I can’t help but think of what has passed to bring me to this next step.

This autumn, public health permitting, I’ll be moving from the east coast to Seattle, WA for grad school to earn my Master’s in Social Work. The process of building my resume, applying for the program, waiting to hear back (honestly the most stressful part), and now accepting admission and figuring out all the financial logistics have been during my gap year from school after completing undergrad. Sometimes it feels more like I have been sitting, frozen in misunderstanding, for more like 5 years than 2. More than anything, this time of transition has made me realize how much of life is a chain of events- how one thing truly affects the next in ways we could never have thought they would. In Korea, I met Sam, one of my most dear friends now. We met halfway through the summer term but spent almost every day together since we met. After we returned to our respective American coasts, I managed to visit him in Seattle. Not only did his friendship during one of the worst heartbreaks of my life continuously comfort me in a way that was, with no exaggeration, a lifeline for me (even with only a couple visits a year and living in different time zones!) but I would never have considered going to graduate school on the west coast had I not met and connected with him. As much as I still struggle with the breakup I experienced, I also would never have strayed so far if that had not happened.

It’s funny how things change. Boarding my flight for Asia was terrifying. It felt like I was leaving my life behind. Returning, I felt like my life had decided to actually leave me behind, instead. So now, I’m going. I was in no rush to run away before, but now all I want to do is be somewhere new. With all the change that summer brought, my mental health fluctuated. I missed the first week of my senior year in order to seek treatment. I had relied heavily on my alma mater therapist and medication and self-harm. I stabilized enough to be able to function without those things. I threw myself into work. I isolated. I reached out again. I made new connections. I lost some more. I recovered some lost. All within what, to me, has been a time of transition.

I don’t know yet how things will change once I move, but I do know things will change. I am open to not only moving on, but moving forward and a change of scenery and the opportunity to find a new community are things that I owe to consequence, nevertheless. I don’t know if its fate but I am still working to make life not just livable, but joyful again.

How do you cope with change? Have you made changes or been affected by any major changes recently that have left you confused? Grateful? Angry? 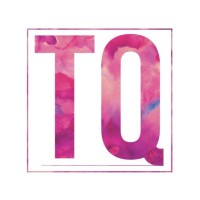